“I knew it!!” said the Urban Angler to himself, “I knew this place existed!”.

The Urban Angler had just spent the morning staring into his computer while using GoogleEarth to show him potential places to investigate while mounted up on Quicksilver — the Urban Assault Vehicle. Since places had to be within a reasonable biking distance, it was necessary to look at every retention pond, creek, drainage area, and local lake to see if opportunities existed.

Once pinpointed, a reconnaissance mission was mounted to determine viability — that meant several things to the Urban Angler. Was the prospective fishing hole accessible by bike? Was it private property? Was it open to fly-casting? Were there any signs of fish? The latter two questions were of more importance, mused Urban, because there was always places to lock his bike even if not close to the prospective place, and private property was ….. well, let’s just say that fishing the hours of the day that Urban fished meant little chance of meeting with people. Urban’s night maneuvers had taken him to fishing destinations that would never let him close during the day — way too many eyes. The public golf course nearby was a perfect example — crowded by day, but shortly after sundown when it was dark, it was a lonely place — save for Urban. There was excellent fishing there, and as long as he kept out of sight, there had been no complaints, he thought to himself with a smile.

Over time, Urban had collected a half-dozen or so places that were special like that. At night, casting in the shadows with little to no moonlight, the fishing became different. Perceptions changed. Sounds grew louder. The eyes caught every little glimmer of light. Smells were more noticeable. Urban came to believe that to be there, in these places, catching what he did, it was a mystical, almost spiritual experience. To pay homage to the experience, Urban never took home any fish. All were released back into the darkness from which they came. That was his way, and he hoped the Fish Gods were pleased with his decision to do that.

Today, Urban was excited. His map viewing showed him a small creek that started in some woods next to a housing development. The creek wound it’s way south and east, vanishing at a large 10-lane highway. However, on the other side of the highway where the creek disappeared, there was an apartment complex. The area next to the road was shaded by high trees …. but further down the map, the creek suddenly appeared again, wider, and finding it’s way into a nearby lake.

“I bet that creek flows all the way underneath the road, somehow” thought the Angler. “I’m going to go investigate it tonight right around sundown!”.

So when the sun finally slipped beneath the horizon, Urban was trekking on his way mounted up on Quicksilver. He packed a light snack in his bag, and of course had his fly box and trusty 2wt rod and reel. Approximately a half hour later, much darker than when he started out, Urban had reached the highway where the creek disappeared. Dismounting, he began walking the Urban Assault Vehicle down the sidewalk that bordered the road. He soon found what he was looking for — a large culvert from which he could hear water pouring, but it was too dark for Urban to see the details. Off in the distance, through the surrounding woods, Urban could see the lights and outlines of the apartment complex. “Think I’ll ride over there, lock up the bike, and walk back up to this place” he thought to himself.

After securing Quicksilver, Urban slipped into the shadows and immediately picked up the creek. As he walked towards the sounds of the highway, he saw how the creek opened up. Coming out from underneath the highway was a very large concrete culvert. The creek waters came out of the culvert and dropped 10 or so feet into a large holding pool, which itself filtered into another smaller pool, which then became the creek that Urban had followed.

Urban closed his eyes. He could sense the vibe. This place was magical, mystical. No trash, which meant no one frequented this place. A splash in the water told him fish held here. He could smell several different smells — a strange combination of harsh auto fume overpowered by the organic funk of plants and wood and leaves that had sat in wetness for too long. The moon was out, casting filtered light here and there. All of this held hypnotic sway over the Angler, and for a few moments he just sat there, taking it all in ….

Finally, he unstrung his rod, and began casting — casting out into the smaller pool first. Casts were difficult due to the amount of underbrush and plants, but he was successful in getting his fly out into the current, where it swept into the dark eddies of the pool. His line immediately went tight, and Urban was fast to a feisty bass. He brought it in, admired the little beauty, and released it back into the pool. Two more fish came out of the pool, one a little bigger than the first, before Urban moved up to the main pool.

A quick cast, the line drifted, and then started moving against the current. Urban raised up, and all of a sudden his rod bent into a crescent as the fish ran to the other side of the pool and jumped. “Big splash — thing this is a good one!” he thought to himself. Sure enough, after some give-and-take, a nice 5lb bass came to the Angler’s hand; he lifted it in triumph in the moonlight.

Urban was startled to see a man along the opposite shore. He was dressed in a loose-fitting robe of some kind cinched with a belt that looked more like a wide scarf. Looking closer he could see long dreadlocks spilling out from underneath a knitted cap.

The man said “So, wat you gonna do, mon? Fish can’t live forever”.

Urban replied, slowly “I know ……. it’s just ………..it’s just that ……….. it’s just that there’s something about this place. I know of just a few that are like it. And I know this sounds silly, but when I find places like this, I make a little promise to myself and the place, to never take anything away from it except memories”. And Urban knelt down, and released the bass back into the water. “I sure hope you underst …..”

But the man was gone. Urban looked and listened, and waited for the man to appear again, but after a few minutes determined he was alone. Slightly spooked, he broke down the flyrod, packed up, and slowly began making his way back to the apartments and to his bike. When he got there, he noticed that his bike bag was open.

“Damn — someone’s been into my bag. What did I leave in there?” he thought. A quick survey showed everything still there except for the snack he had brought with him. Left was a small piece of paper with some kind of writing on it.

Bringing it out into the light, Urban could faintly read the scribbled handwriting: “I understan’. Hope’n you do too.” 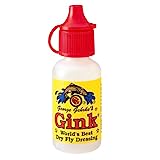 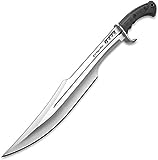 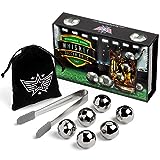 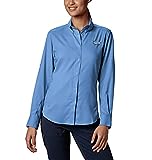