Welcome!  Paddle-Fishing.com is one of the longest running websites and forums dedicated to anglers who fish from kayaks and canoes.  (And supposedly, we’re the absolute oldest, based east of the Mississippi).

Paddle-Fishing.com focuses on the kayak fishing and canoe fishing sports in their pure form, education/tips/techniques, safety, and events/tournaments.  In our opinion, kayak fishing is all about the camaraderie and companionship between anglers, superior fishing through many advantages, and spending quality time outdoors.

Several other publications, and a seemingly decent portion of the community, have increasingly become distracted by the commercialism and materialism that’s prevalent in other forms of fishing (I’m looking at you, “glitter boat” folks).  Tired of being bombarded by sponsored individuals, fishing teams, pro staff members, ICAST, YakAngler-says-I-can’t-fish-without-it, etc?  We are too.  And you won’t find it here.  We obsess over the good stuff, none of the bullcrap.

Have ideas of what you’d like to see?  Let us know!  [email protected]

Keep your paddle in the water!

Paddle-Fishing.com was originally started in 1999 by Jay Brewington and John Callaghan. Some might call them unlikely friends with Jay being a born and raised Florida boy and John a recent immigrant from England. The two met while wade fishing at Ft Desoto and quickly became best of friends. Wading changed to fishing from kayaks, where they came up with an idea for a website: a place where the newly emerging kayak fishing community could get together and learn from each other. Paddle-Fishing.com was born.

Back in the early days, Paddle-Fishing.com scheduled many Paddle-Ins. These were very informal “get there when you get there, leave when you want” events. Nothing was organized or planned other than a place to launch. The first few Paddle-Ins had a dozen kayak fishermen with most everyone there being new to kayak fishing. As the community grew, so did the size of the Paddle-Ins.

Paddle-Fishing.com was the home of the One Lure Tournament that was organized by Erick Bell, a member of Paddle-Fishing .com. As the name implies, anglers were given one lure to use the entire day of fishing. Anglers were taken out of their comfort zone and many became better anglers as a result. This enormously popular series of tournaments became, after Erick had to leave Florida, the Paddle-Fishing Tournament Series (PFTS). The PFTS was run by Todd Llewellyn who had been helping Erick with the One Lure Tournaments. The PFTS was a low entry fee series of tournaments with a different format for each of the 5 events each season. The PFTS was the longest running kayak fishing tournament series in the country.

In 2007, with thousands of members and a very active forum community, John and Jay felt that they’d accomplished what the set out to do and wanted to hand Paddle-Fishing.com off to someone who would keep it growing. Rik Llewellyn, a longtime member of the community and a friend to both Jay and John, stepped in and took the reigns. The membership continued to grow as the kayak fishing community grew.

Now it is time for another change. In 2015, Rik Llewellyn handed the site off to Brett Meyer, owner of 3River Development, LLC and an avid freshwater kayak fisherman in the midwest.  Brett looks forward to both growing the Paddle-Fishing.com community, as well as not screwing up what Jay, John, Erick, Todd, and Rik have already accomplished. Onward!

In a forever changing world, the site has changed hands once again. The site has been moved over to the hands of Daryl McAvoy, owner of WoodGrain Webdesign. Daryl is a fisherman from the NorthEast and has been Kayak fishing for many years. A past VP of a local Kayak fishing club and Forum Admin the Paddle-Fishing.com torch will continue to burn bright. 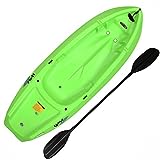 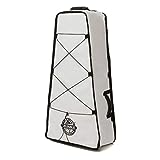 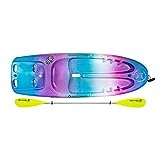