The format for this event was wide open. The 20 anglers who braved the wind could fish using any legal method available for hook and line fishing. Artificials, live bait, dead bait, 1 rod or 15 rods. Dead stick, troll or cast. As long as it was legal, they could do it. 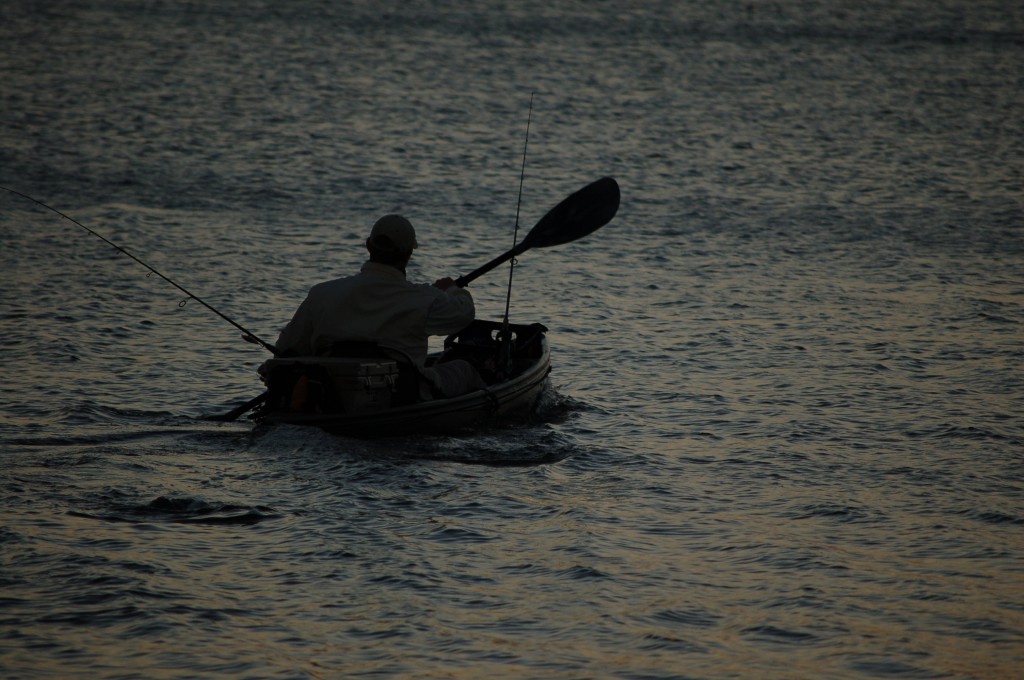 We were met at the launch with 20+ mph winds out of the west, gray skies and some intermittent rain sprinkles. The weather was not at all what the weatherman had predicted just 2 days earlier. We’d planned a mass launch from that beach but a game day decision was made to let the anglers launch anywhere in the park. Most took off to launch from the lee side of the road but a half dozen hardy guys braved the wind and paddled out from the beach. 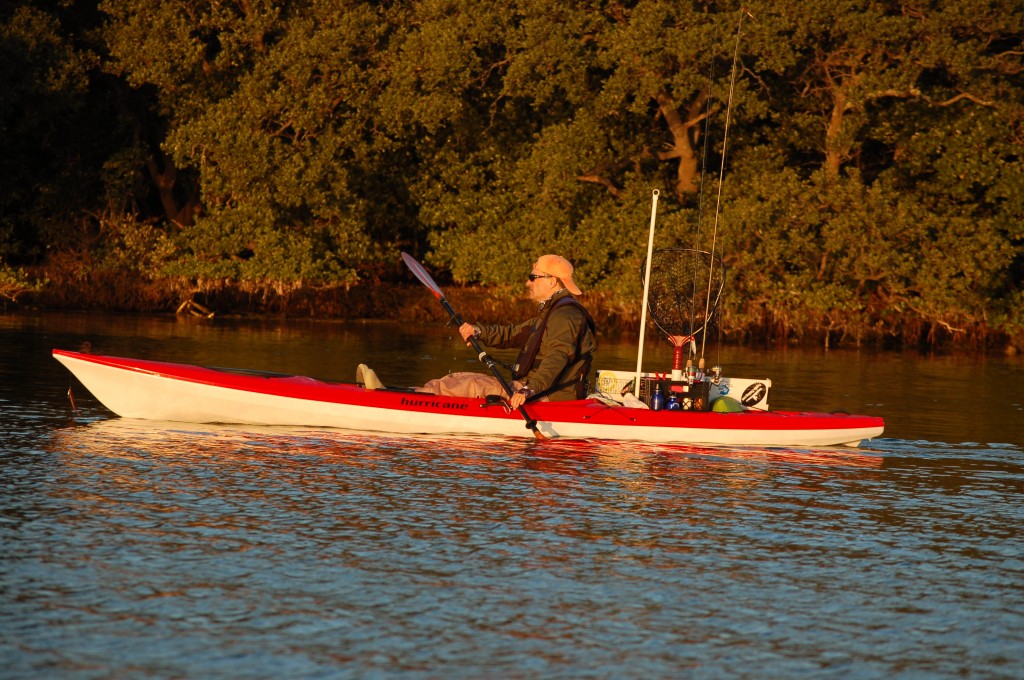 It wasn’t long before a wind shift to the north and speed increase came which put everyone in the wind. Fort Desoto is a great place to fish but there isn’t much protection from a north wind. 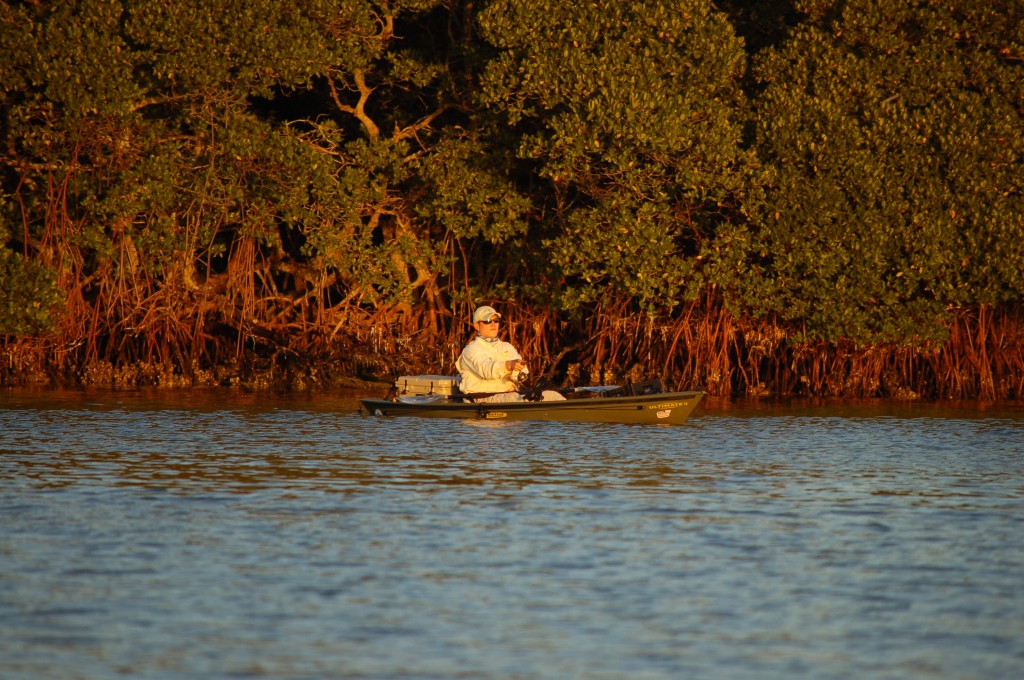 The points format was the inches for your three largest fish (maximum of 2 fish for any one species) plus 10 points if the angler got an insurance quote from Llewellyn Insurance Services before the event plus 10 points if the angler sent a picture via text of himself with a fish caught during the event. The token had to be in the picture and one angler, Steve Manning, came up with an ingenious way to hold the token. 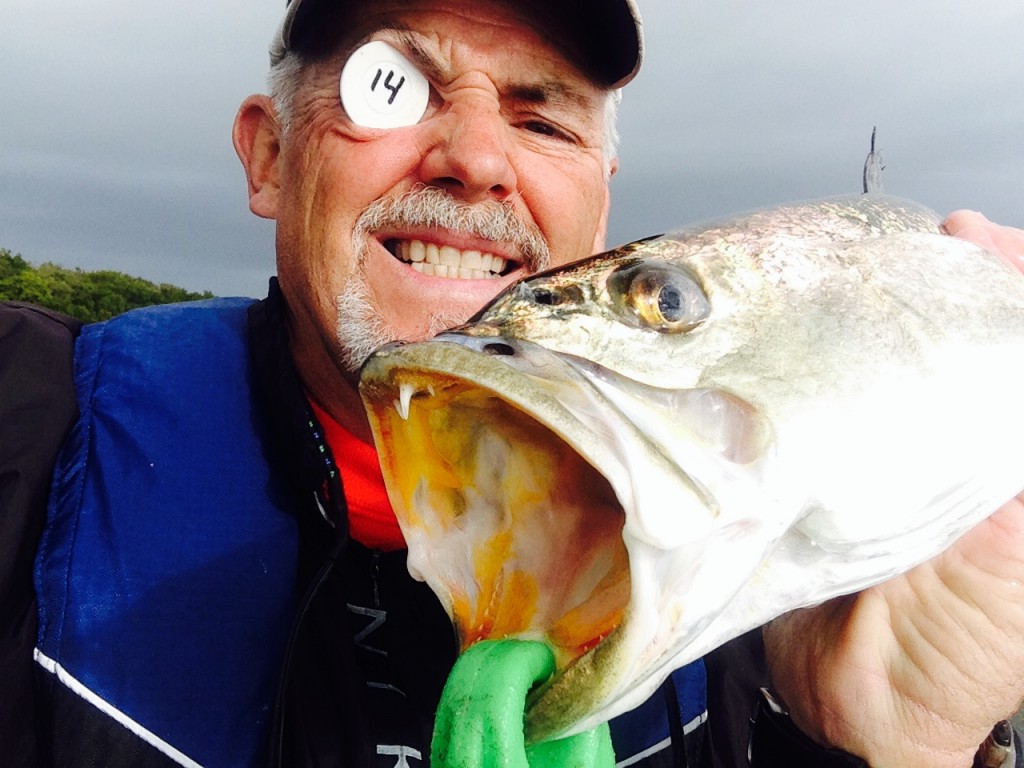 Here’s a few other pictures sent in during the day. 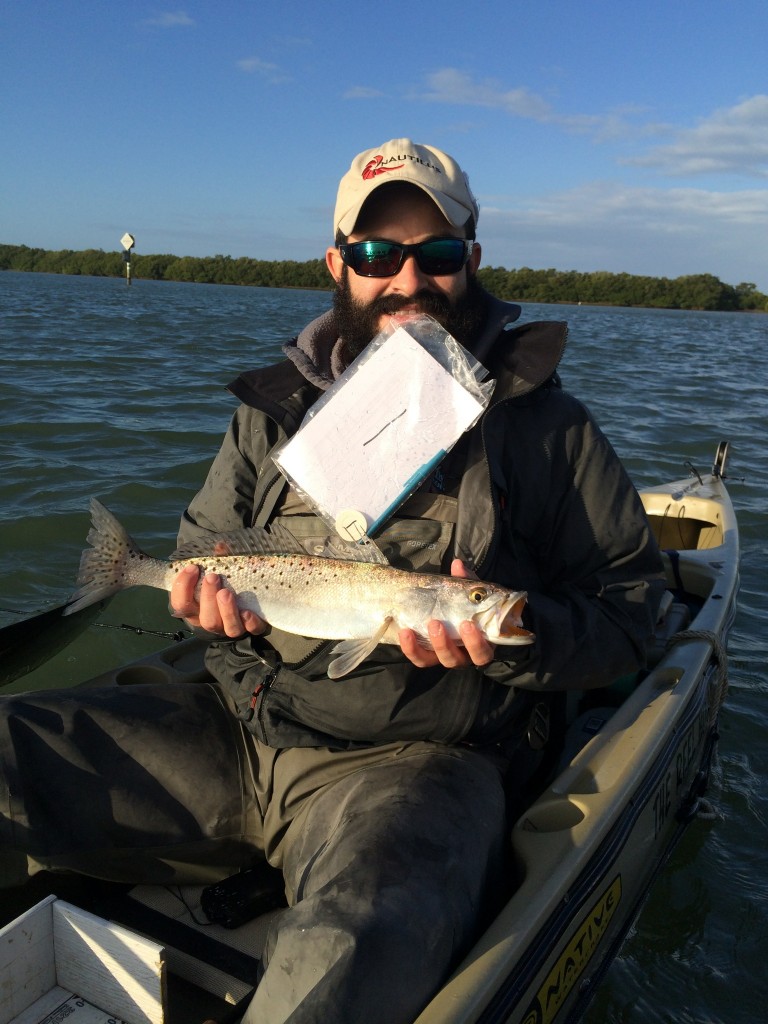 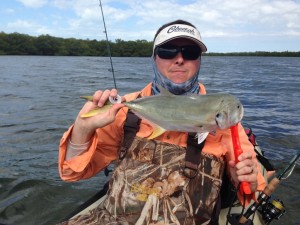 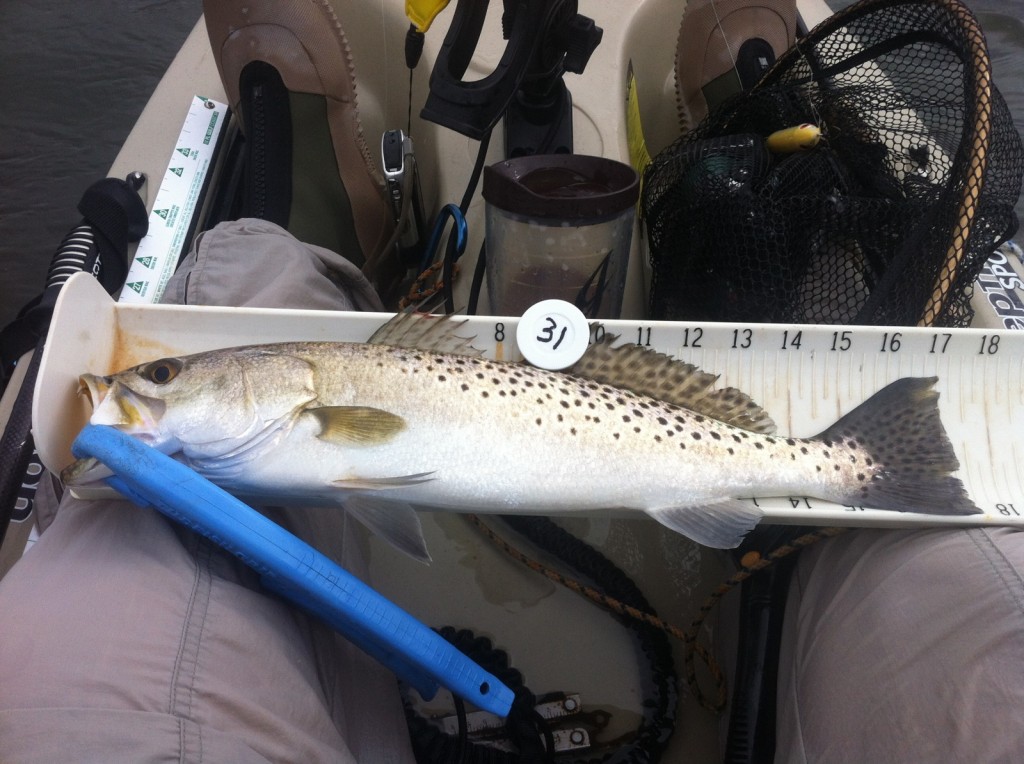 We all met back at Boardwalk Pasta and Seafood to tell stories about tough fishing conditions and to congratulate the winners. 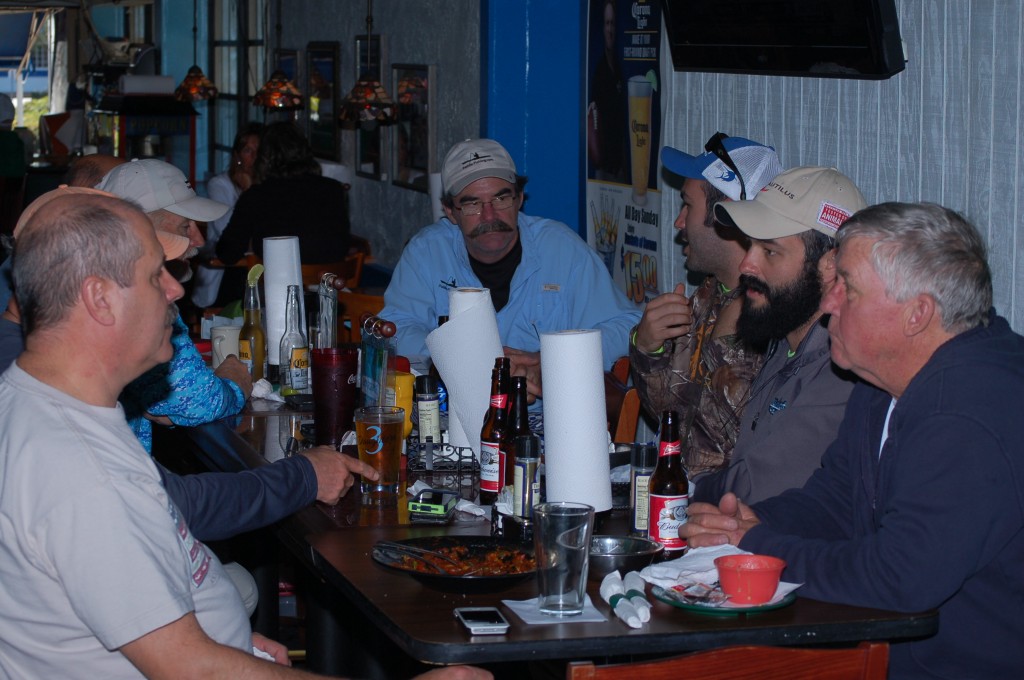 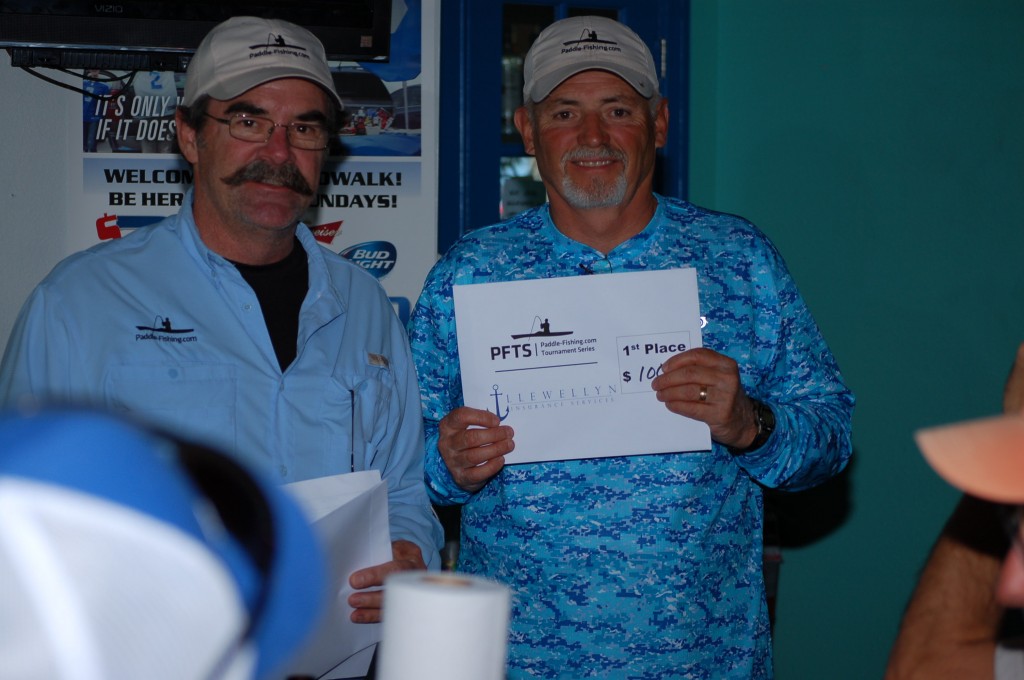 2nd Place went to Chris “ChrisR” Ravelo. His 20 and 13 inch trout, 22 inch redfish plus texting a pic during the event added up to 65 points and earned him $60. 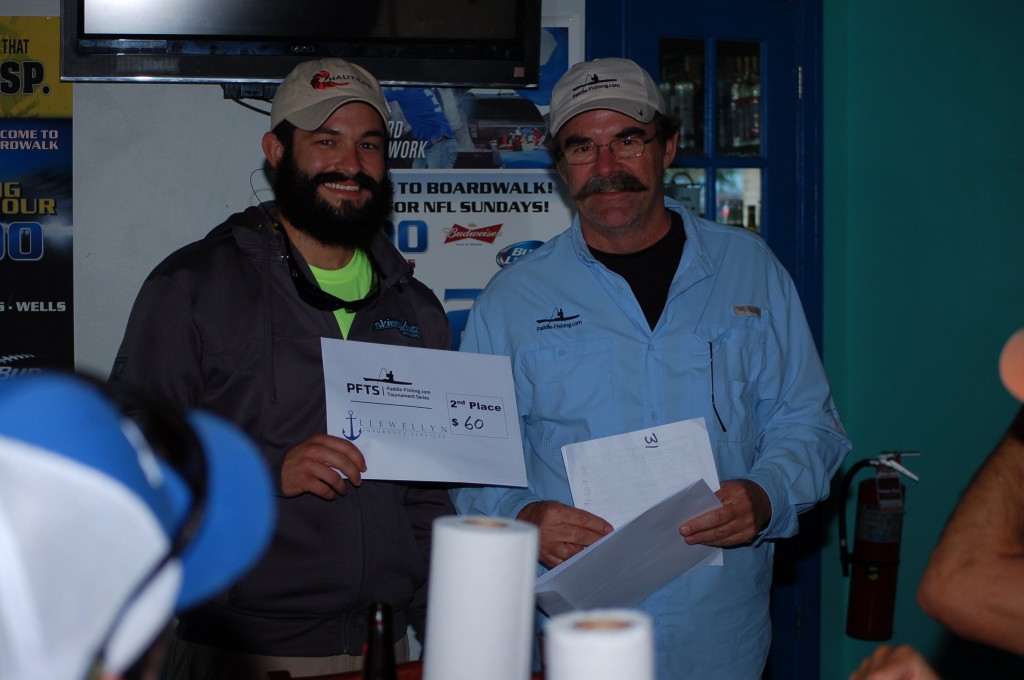 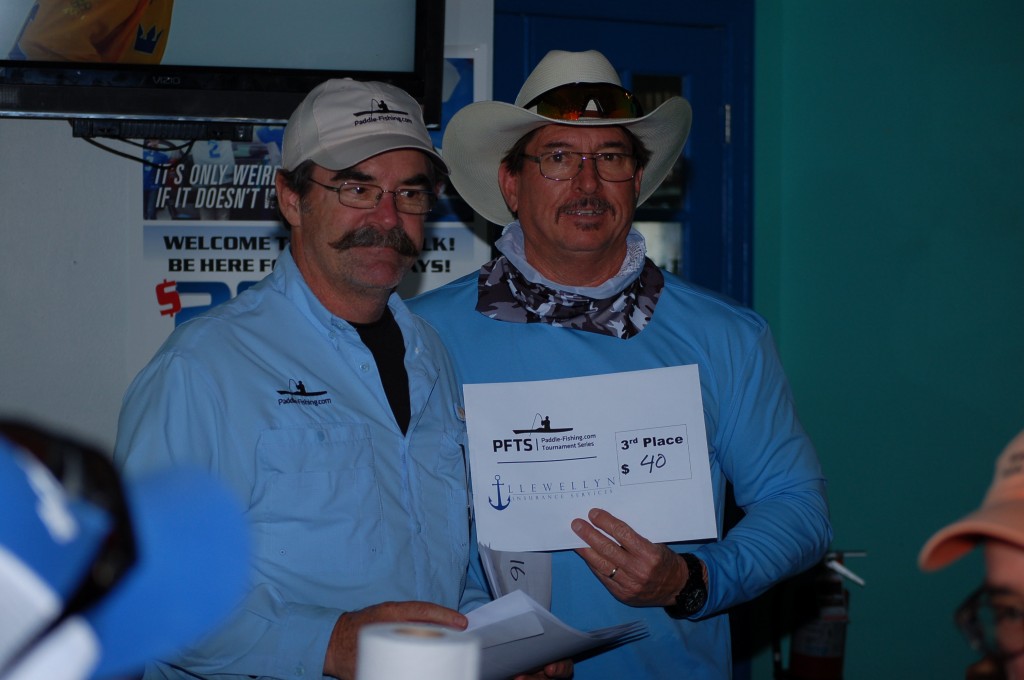 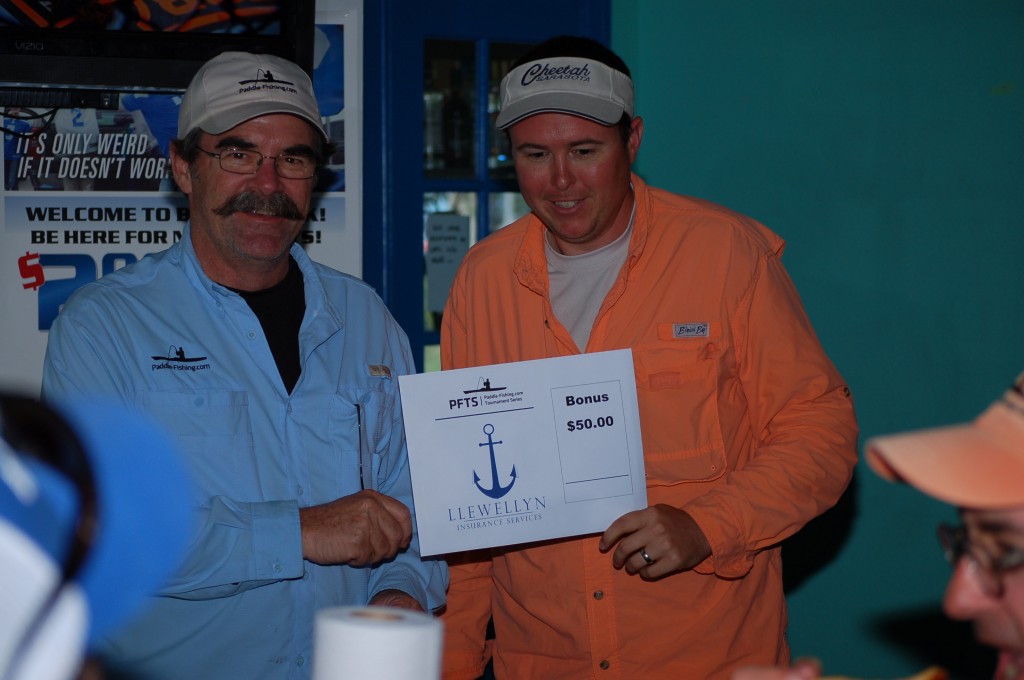 Series sponsor Breathe Like  a Fish provided a couple shirts for the event. Arik “Arik81” Smith was a winner of one shirt. 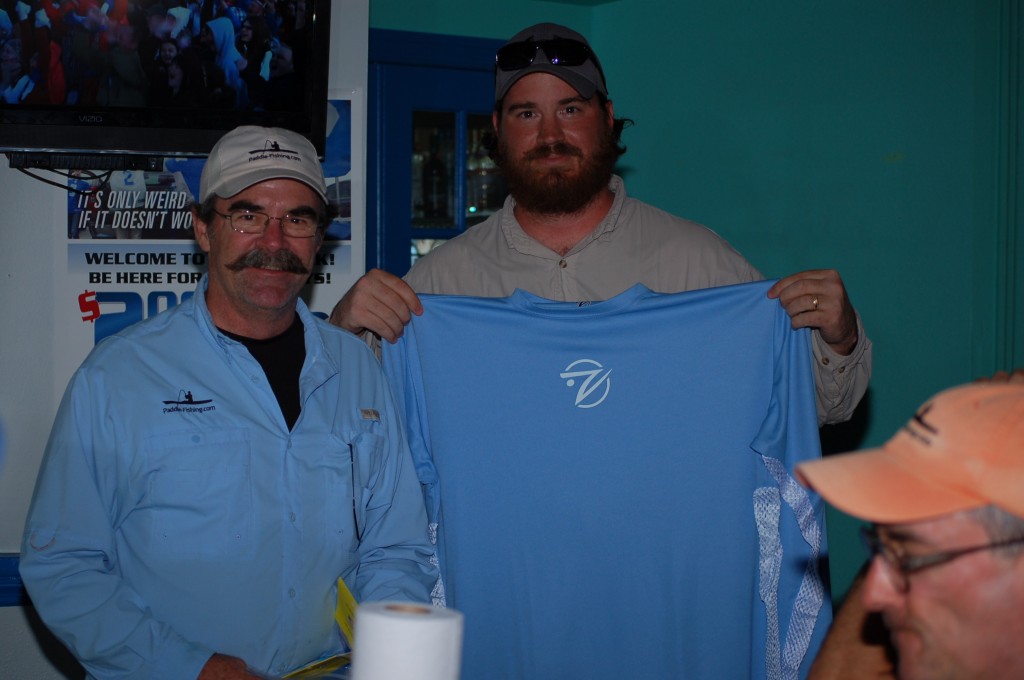 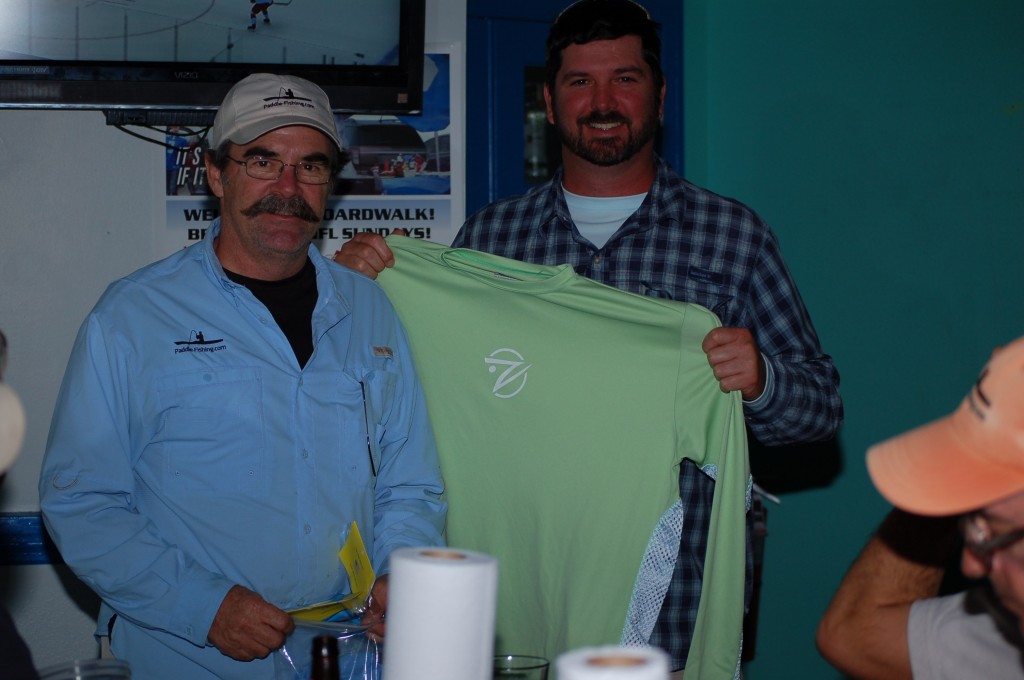 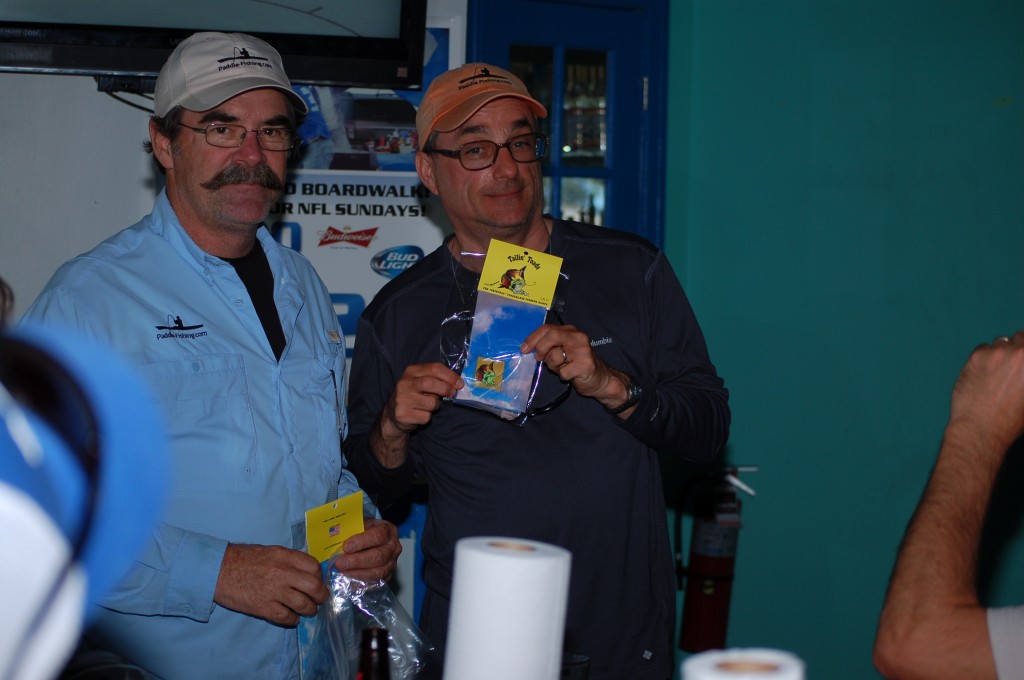 The second pair was won by Freshly Salted Jr. Keep an eye on the Jr., Dad may try and sneak away with them! 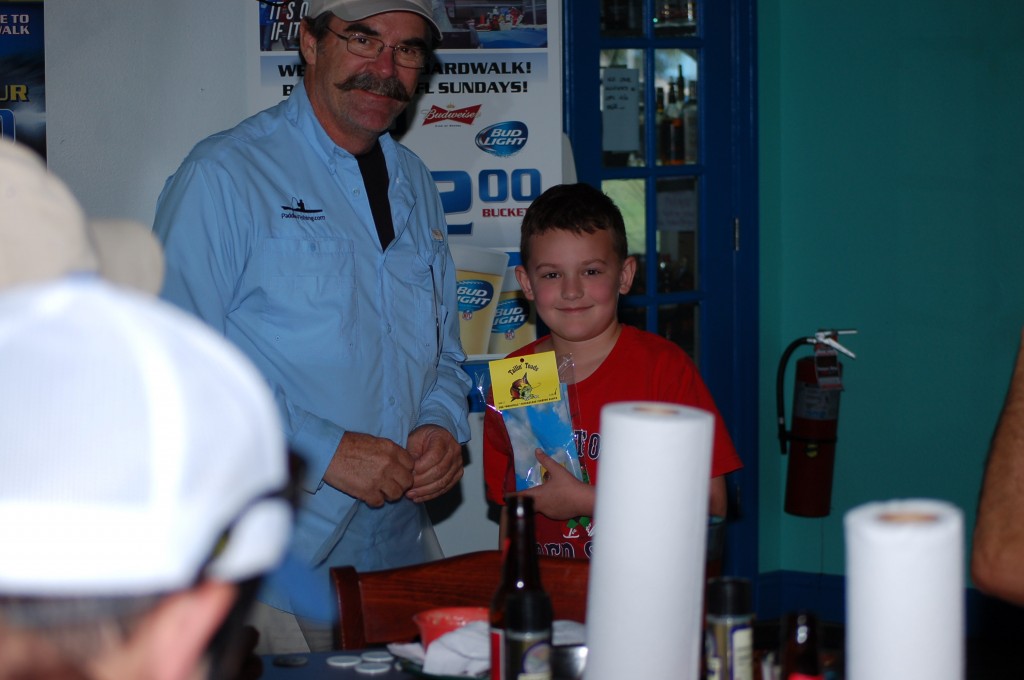 It was a tough fishing day for all. Despite the weather, almost all that signed up actually showed up. There were a lot of tired smiles at the Pic n’ Sip and probably more than a few sore shoulders that evening.

Our next event is not yet scheduled but will probably be the last week of March of first week of April. Keep an eye out for the event announcement. This next one will be for a very special cause!

Thanks to all the sponsors and anglers! Looking forward to seeing everyone in February. 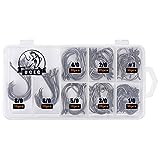