PFTS #3 was held on Saturday, December 14, 2013 in the Palma Sola area of Bradenton, FL. Our lure sponsor for this event was Logic Lures who provided each of the 38 anglers with a lure package that included two Wiggly Jiggly jig heads, a Scented Tandem Rig in black gold color and a bag of Plastix in rootbeer color. 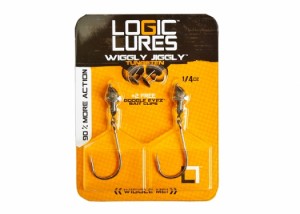 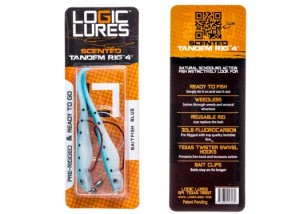 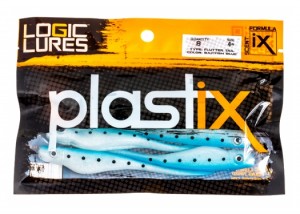 The day started out windy and only got windier. We were met at the morning sign in with a steady 13 knots coming out of the southeast. This had many scratching their heads trying to figure out where to fish to stay out of the wind while others just grit their teeth and stuck with their original plans. By 1 pm, the winds were easily 20 knots with gusts much higher and whitecaps covered Palma Sola bay. Here are a couple guys headed in. 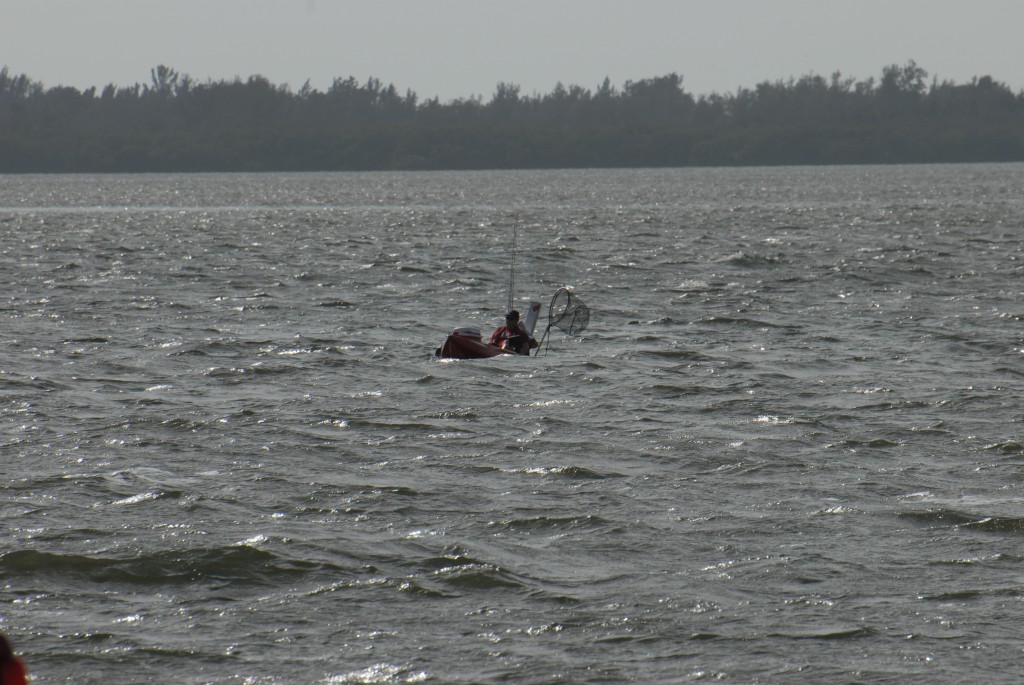 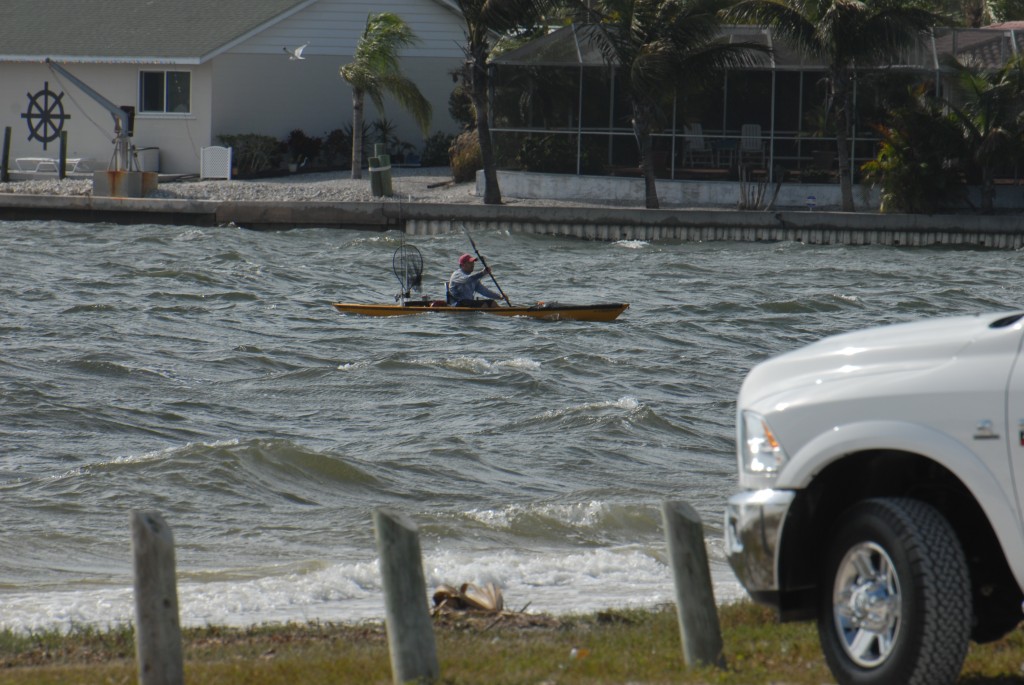 Our plan for this event was to hold the Pic n’ Sip at the Manatee Avenue Causeway park and have a fish fry. Of course, if you want to have a fish fry the anglers would have to catch fish. At this event, neither the anglers nor the lures disappointed us. There was a joke about calling this event “The Curse of the Cooler” as we’ve all experienced the days when you can’t catch a fish seemingly because you brought your fish cooler along to take one home for dinner. Well, that curse was broken! 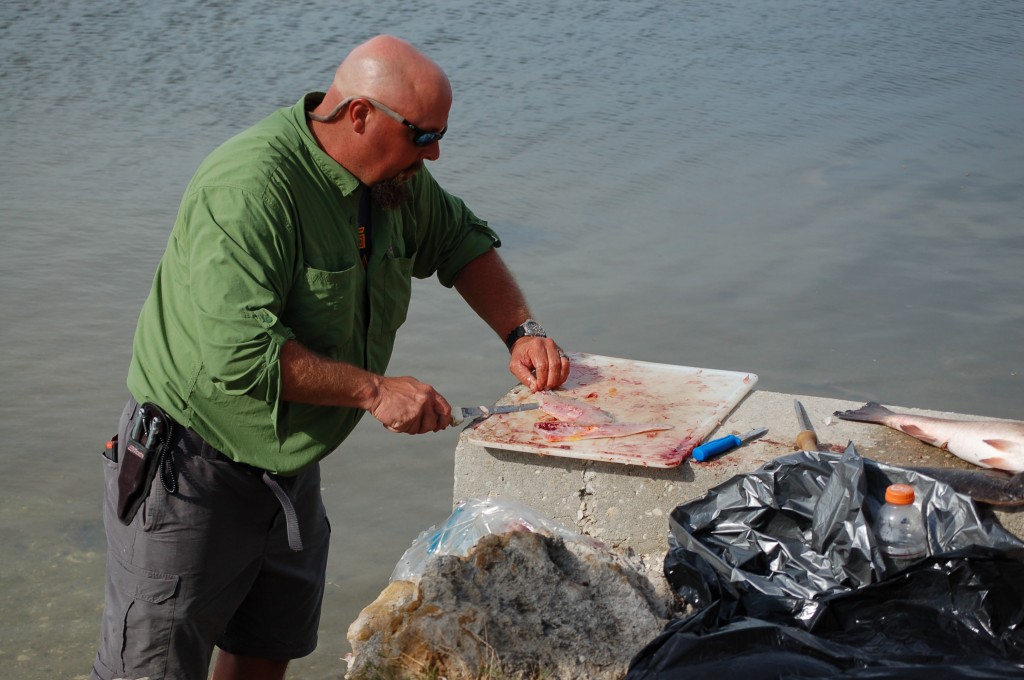 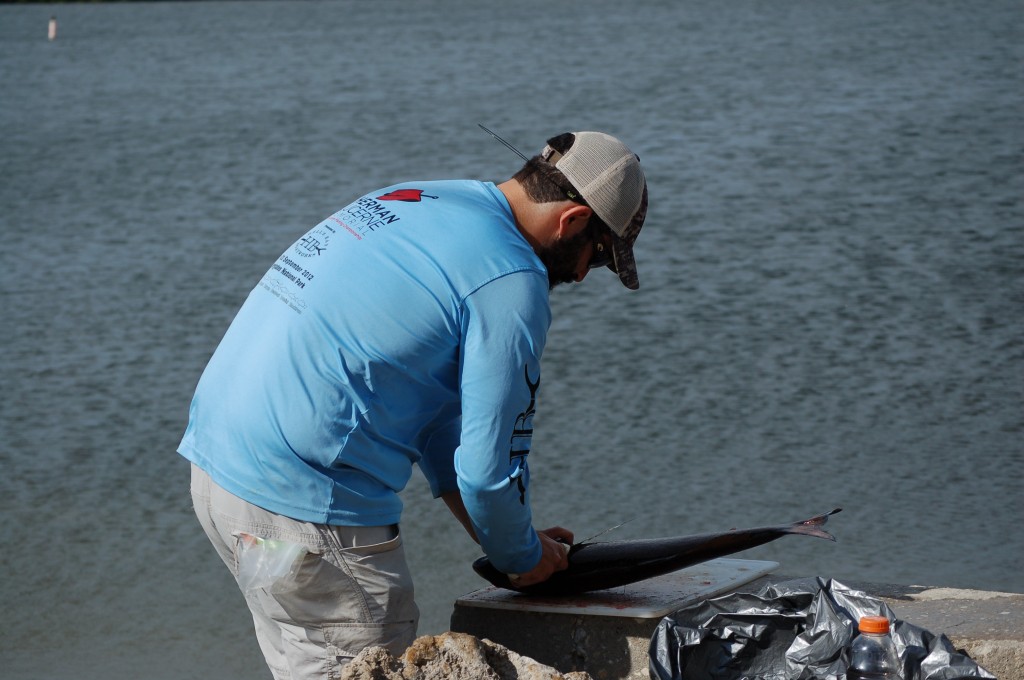 Now is a good time for a  side story. To dispel the notion that you can’t teach an old dog new tricks we have proof that is not true. Steve Manning showed up with several fish. After hemming and hawing a bit, he finally admitted that he never takes home fish and has no idea how to filet a large speckled trout. Hearing this, MarkR stepped up with a sharp filet knife and gave him a lesson. After watching MarkR filet one and taking good notes, Steve took over and managed to cut some nice filets without shedding any of his own blood. Good job to both Steve and Mark! 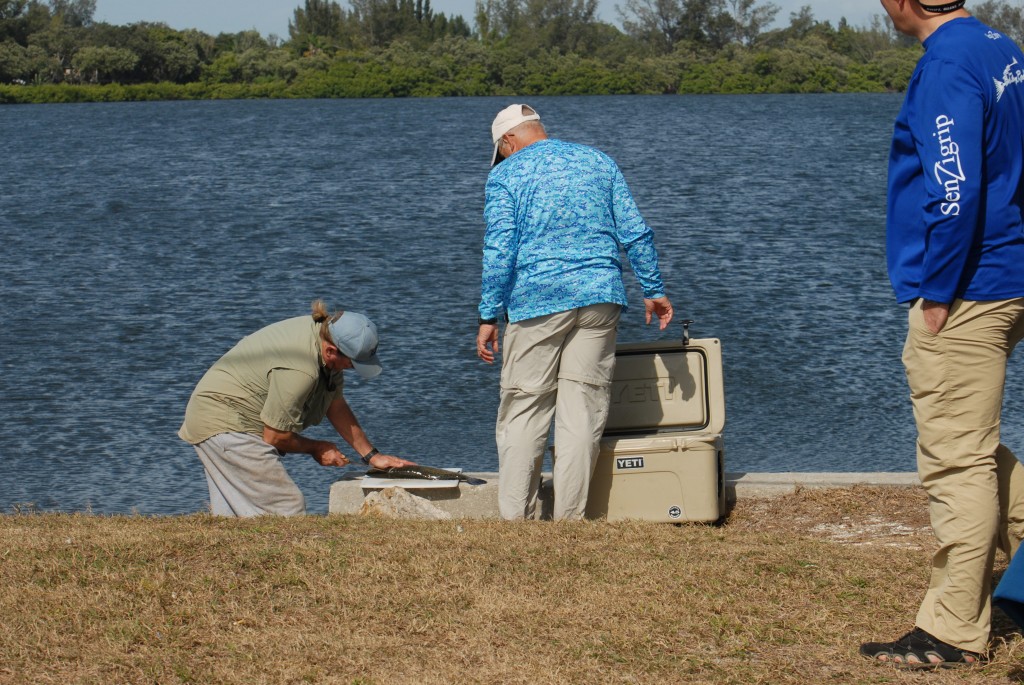 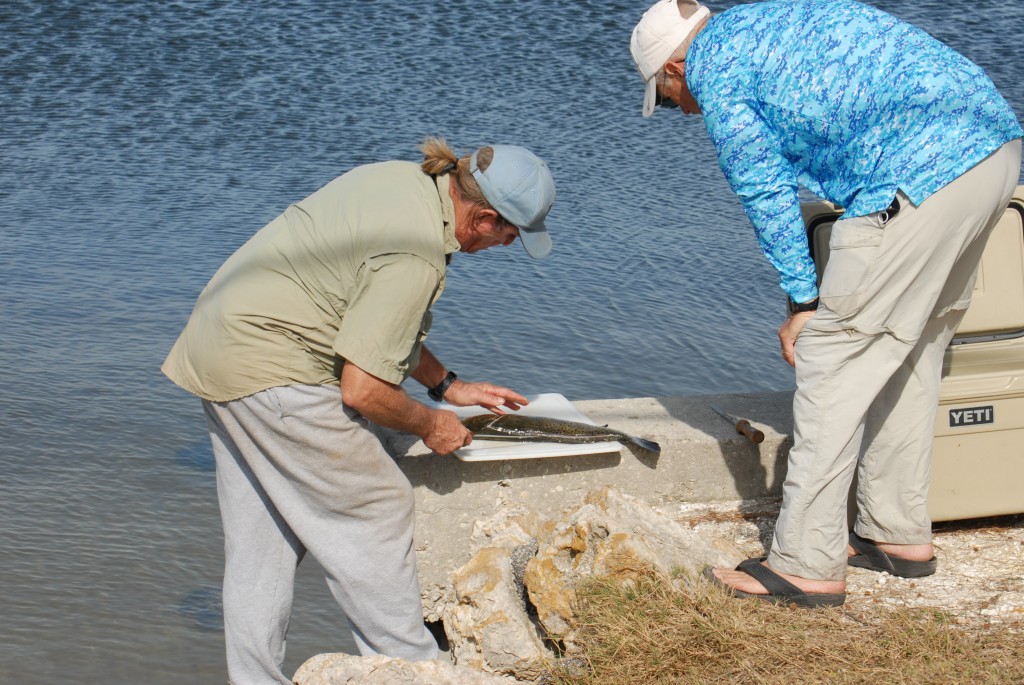 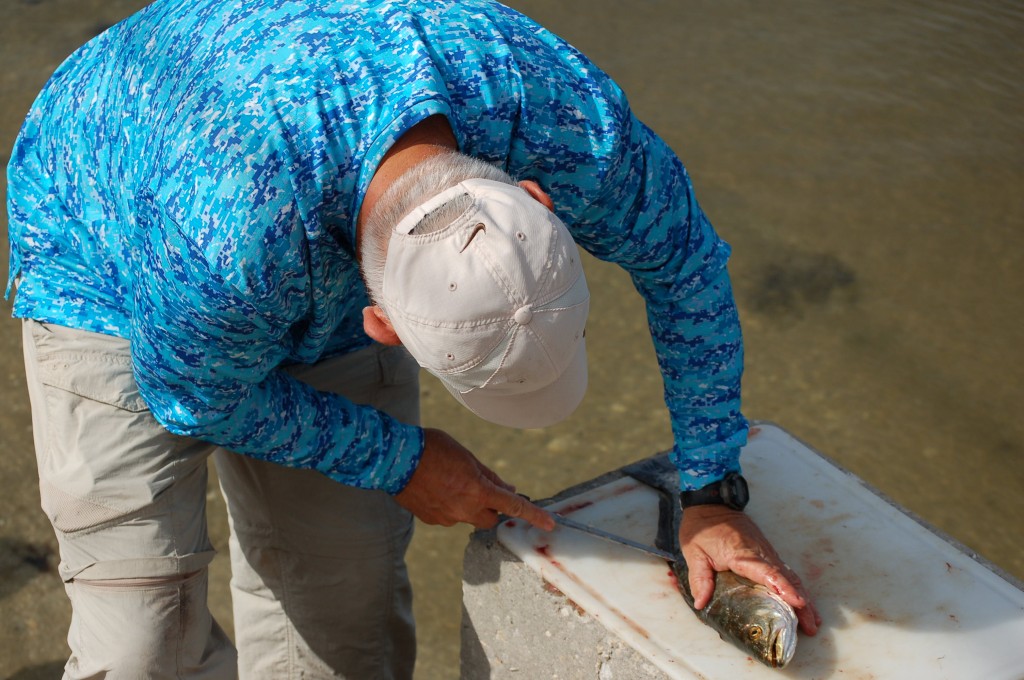 The real star of the show was Mark “MarkR” Robichaux with his cooking skills. He showed up early in the morning with his truck full of equipment to make the Pic N’ Sip one heck of a fish fry. Pots, pans, burners, tables, peanut oil and his very own soon to be world famous hush puppy mix. 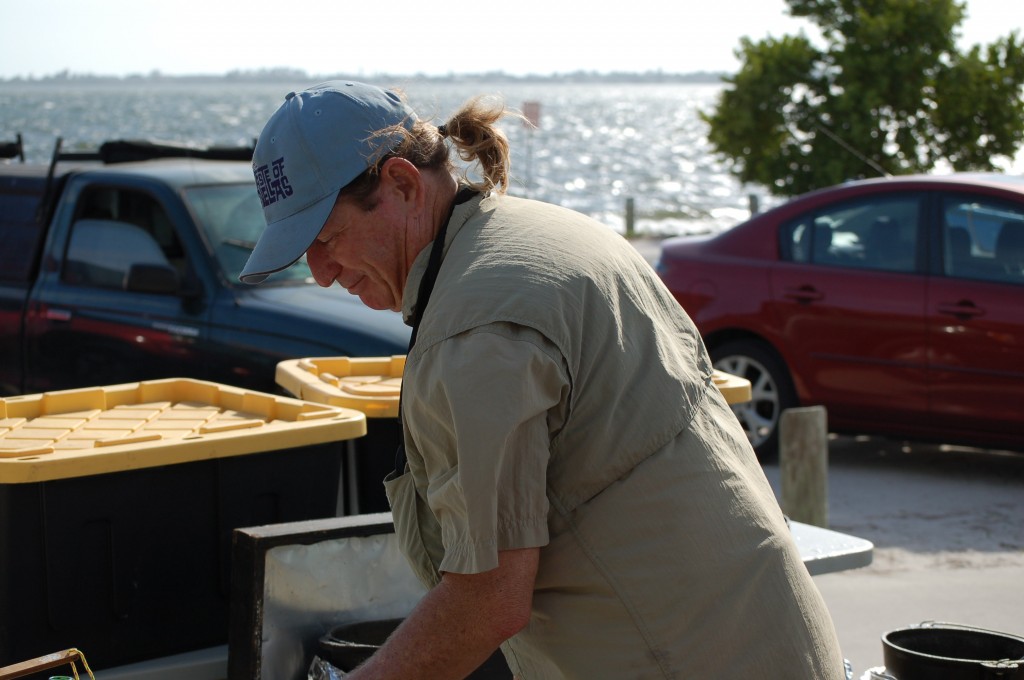 While the guys were busy telling fish stories, Mark was busy cooking. By the end of the day, everyone went home very well fed and happy thanks to productive lures from Logic Lures, PFTS anglers’ skills and Mark’s fabulous cooking. 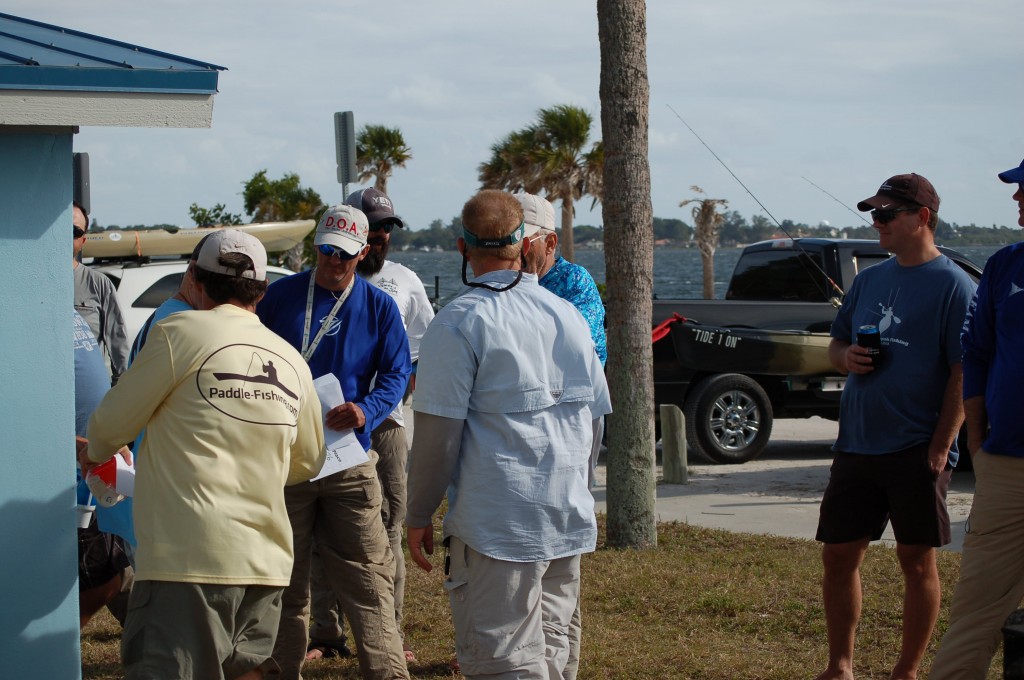 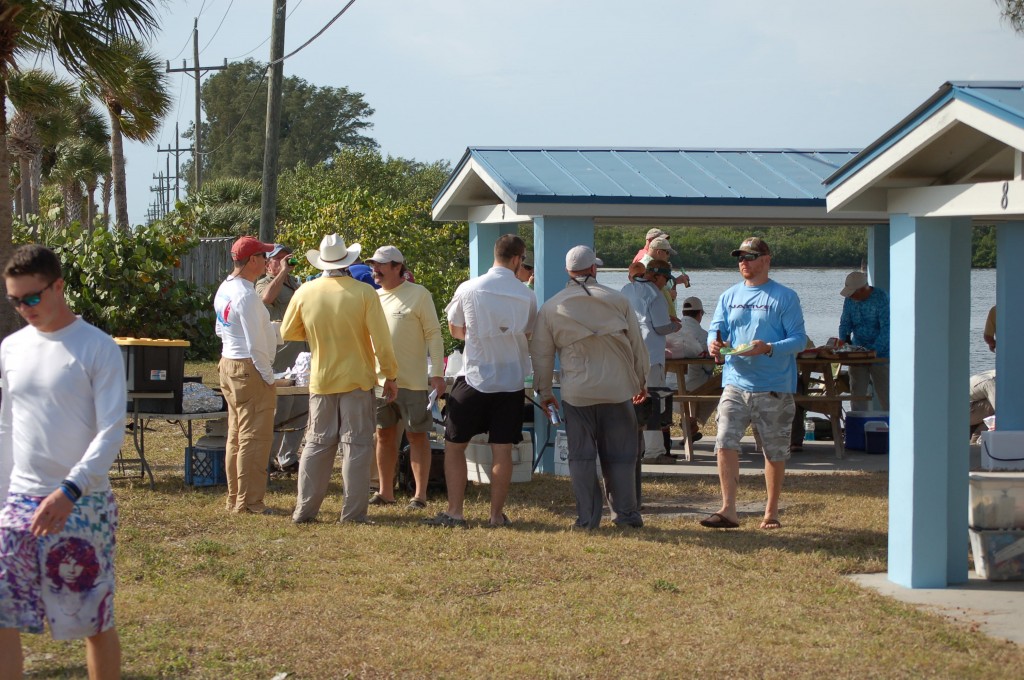 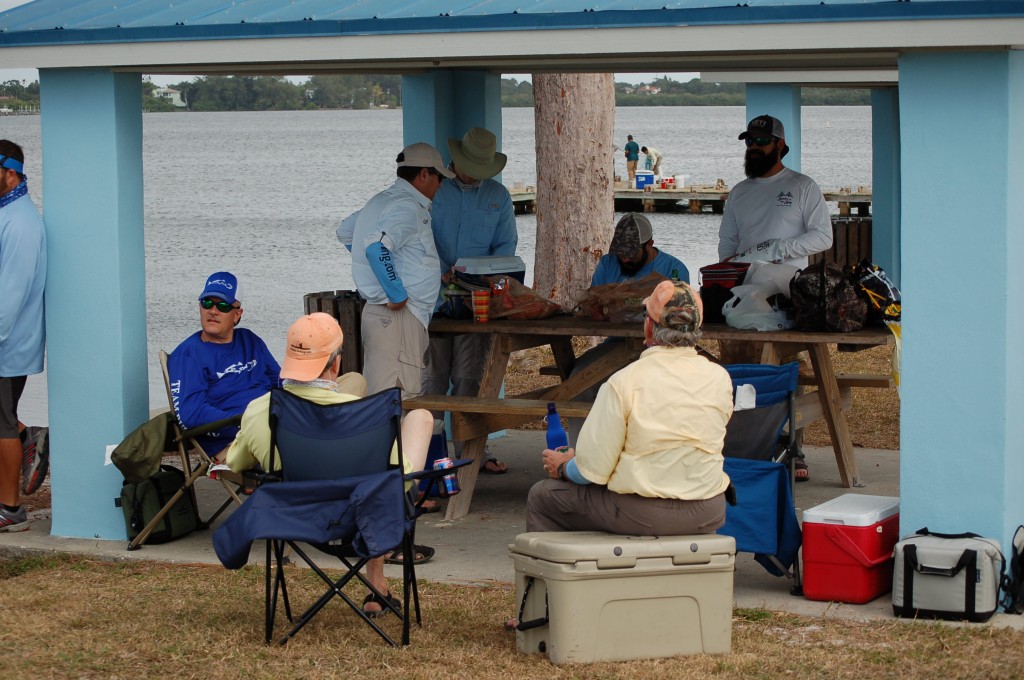 And Mark is still cooking 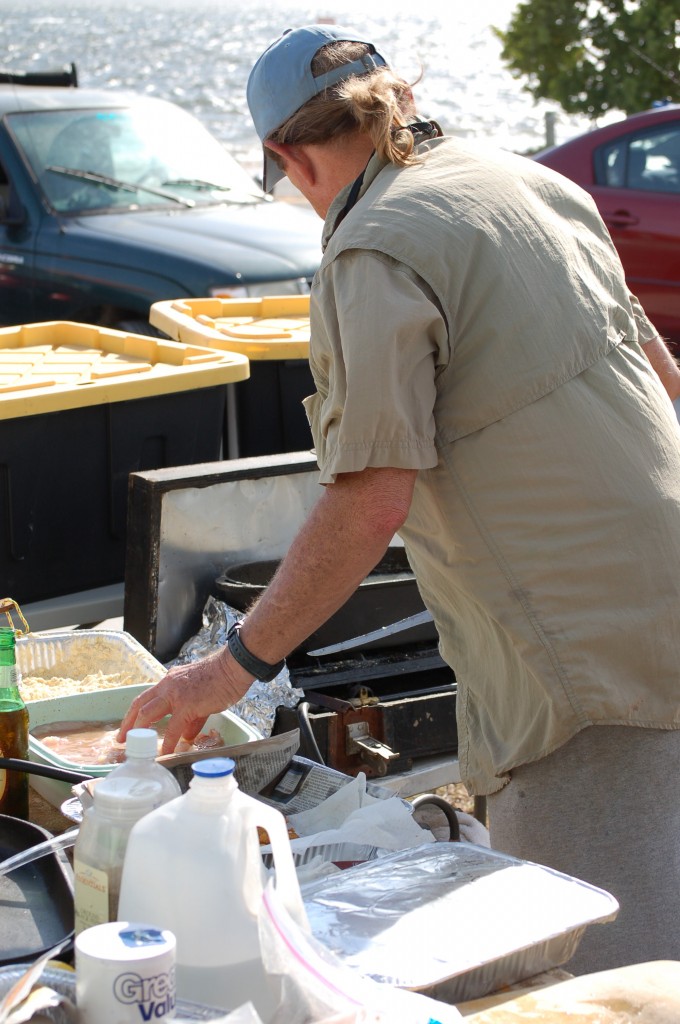 The scoring format for this event was as follows:

Now for the winners.

1st Place went to Rusty “FLfishchaser” Driver. Rusty entered a 29 inch redfish, a 21 inch trout and brought a fish back for the fish fry for a total of 55 points. Rusty took home $190 for his effort. 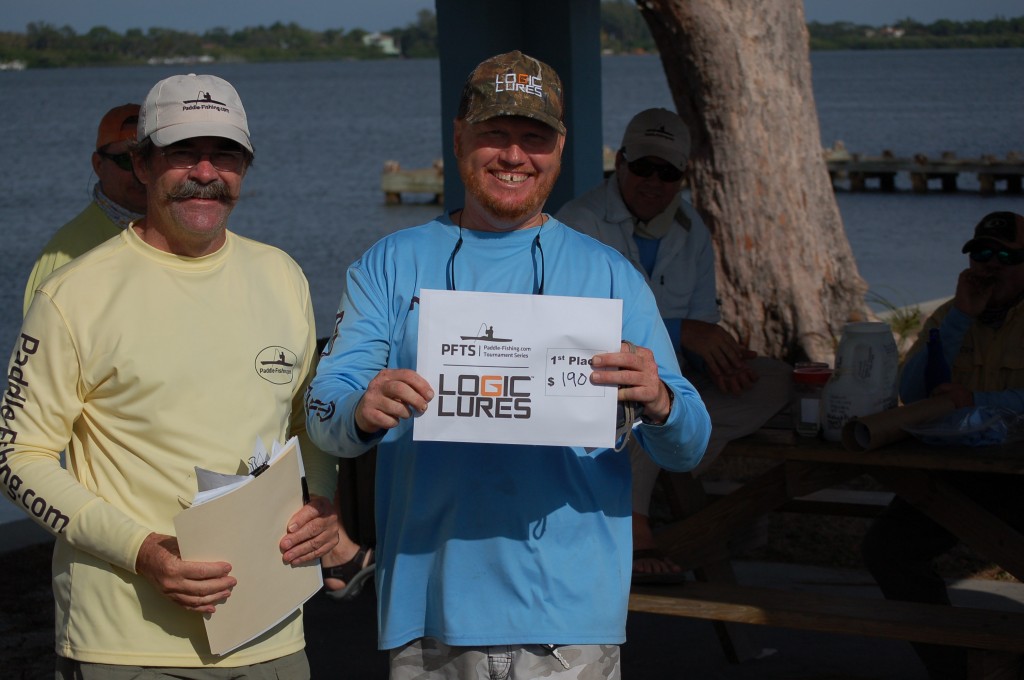 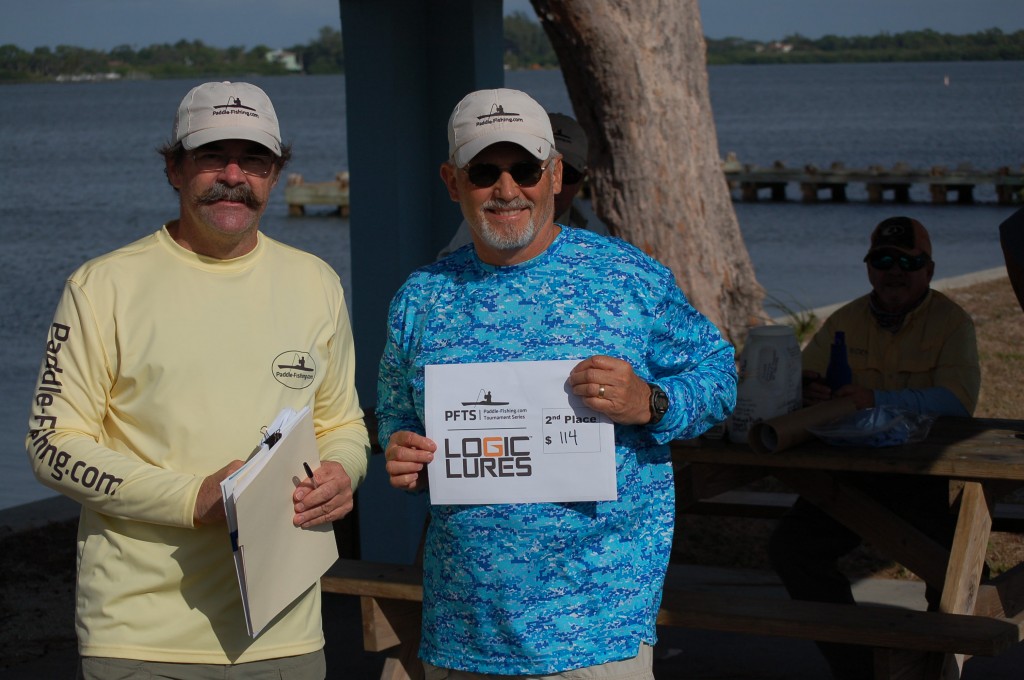 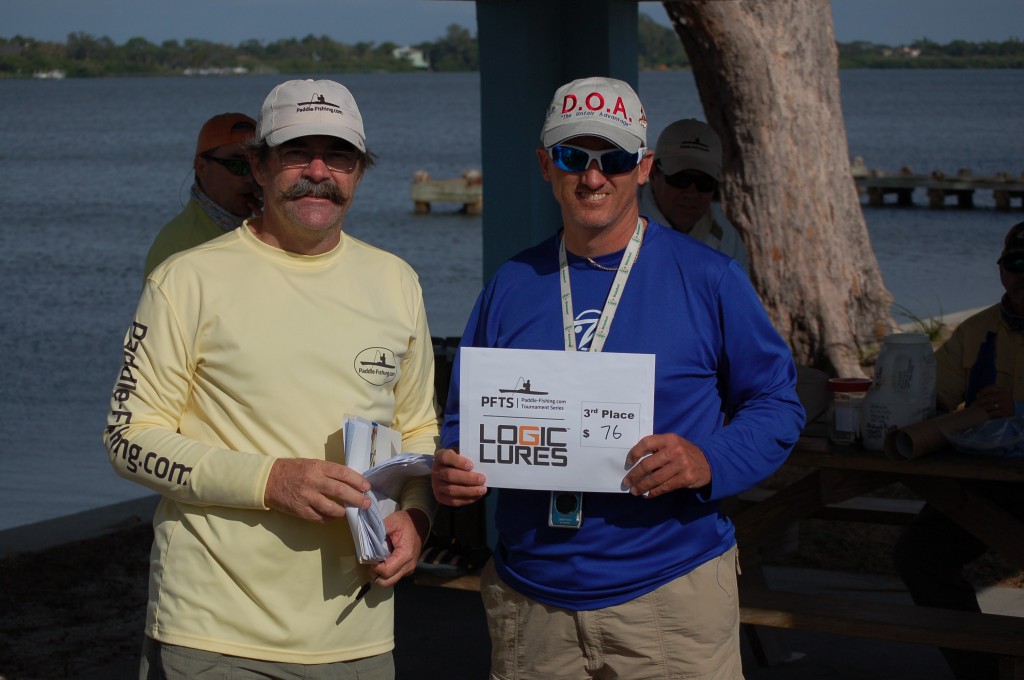 And Mark is still cooking. 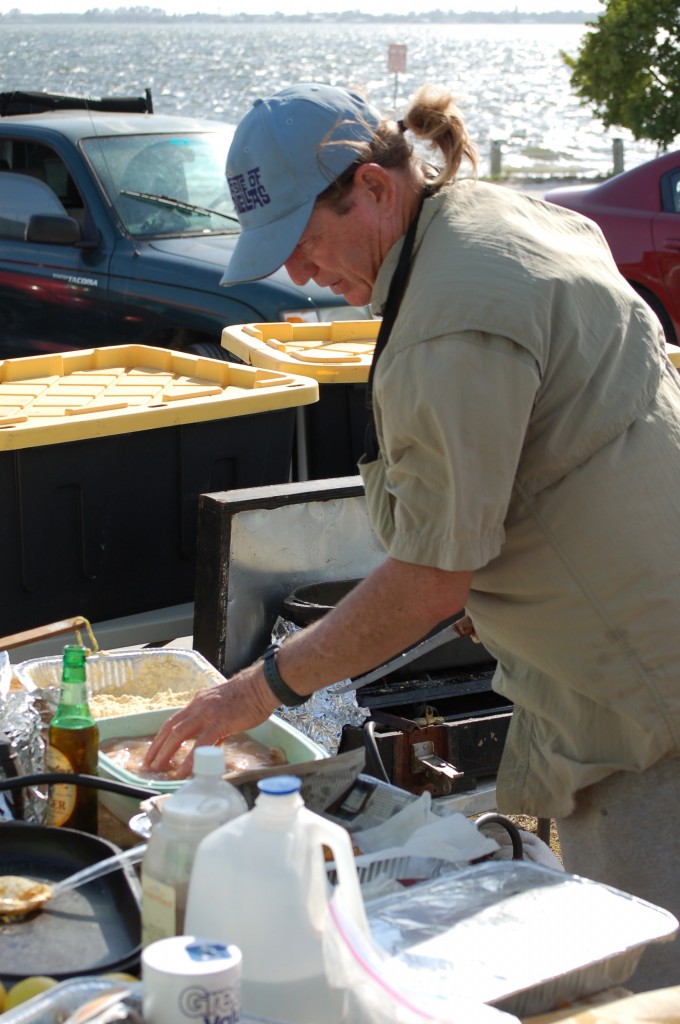 Large snook went to Kurt “kmeng” Meng. Kurt had to leave early to go unclog a drain at his house – or something like that – so he missed out on the picture taking. Kurt took a Breath Like a Fish shirt home with him for his efforts. 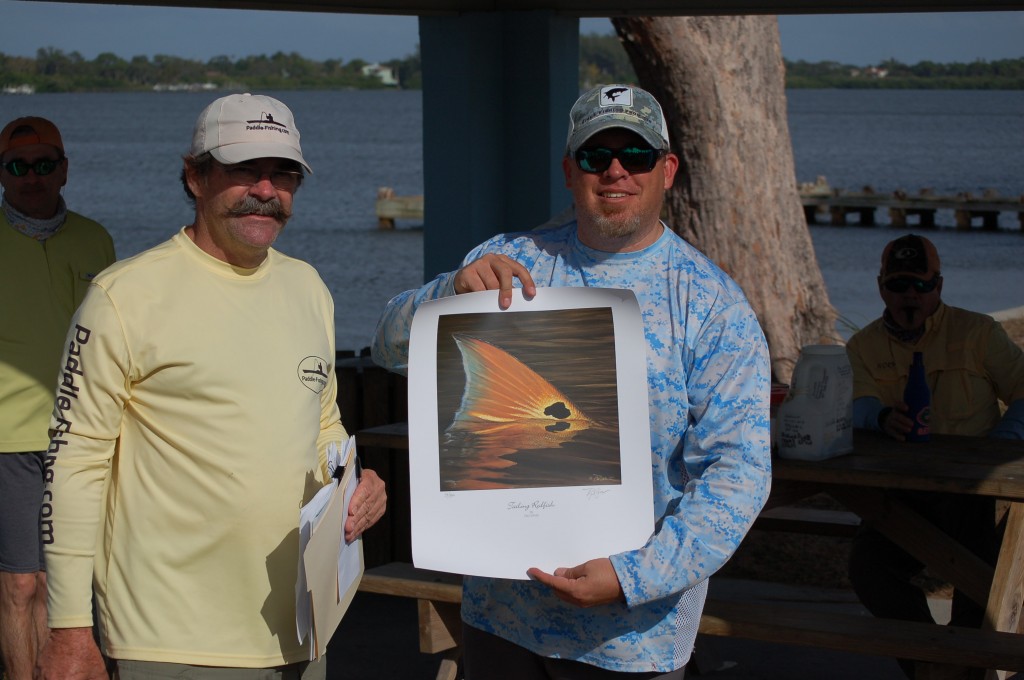 Large trout went to Doug “workless” Fisher. Dough entered a 22.75 inch trout which got him a Breath Like a Fish shirt. 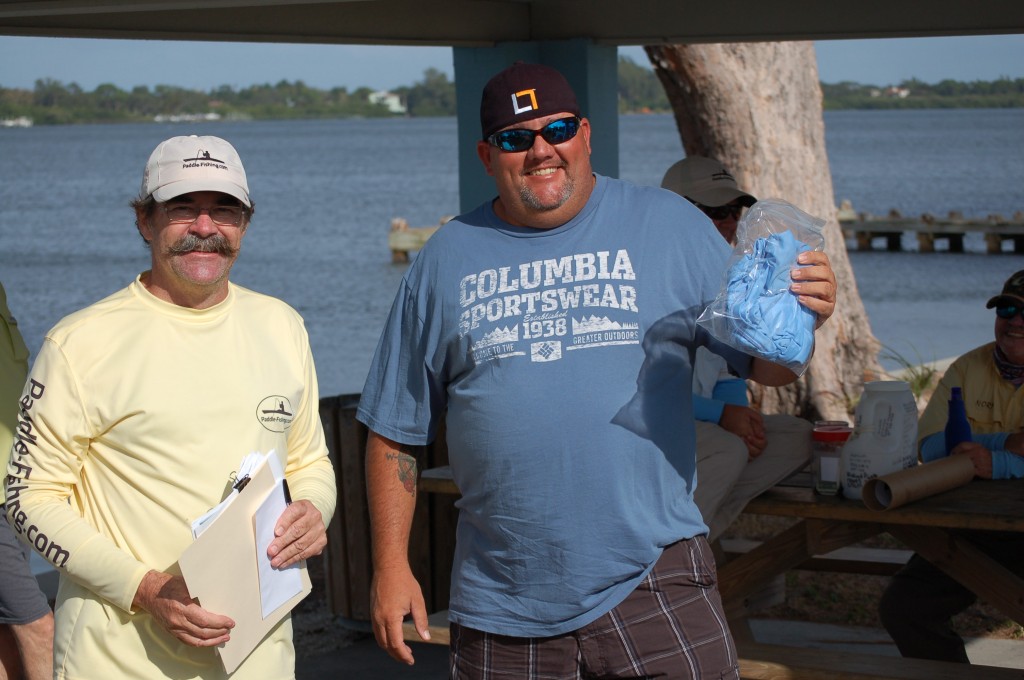 The final award is Juggie. This events winner is Scott “Big Hammer” Dalton. Juggie is the most highly coveted award in the kayak fishing tournament world. Many anglers have tried but only a select few have had the honor of being able to write their name on the side of this perpetual award. The winner is responsible for taking good care of Juggie – and adding a special memento inside – until the next event when another angler will be get a chance to wrest it away.  Scott won Juggie for his impressive fish fileting skills. Scott stepped up and skillfully sliced off filets as fast as anglers could slide another fish on the cutting board. Good work Scott! 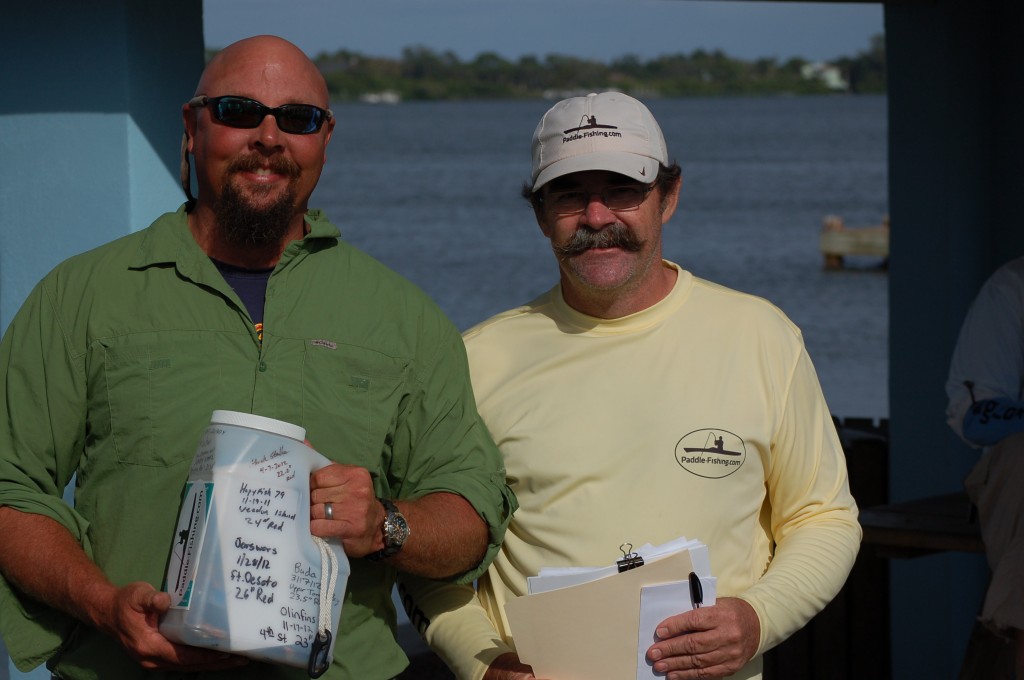 and, by the way, Mark is still cooking. 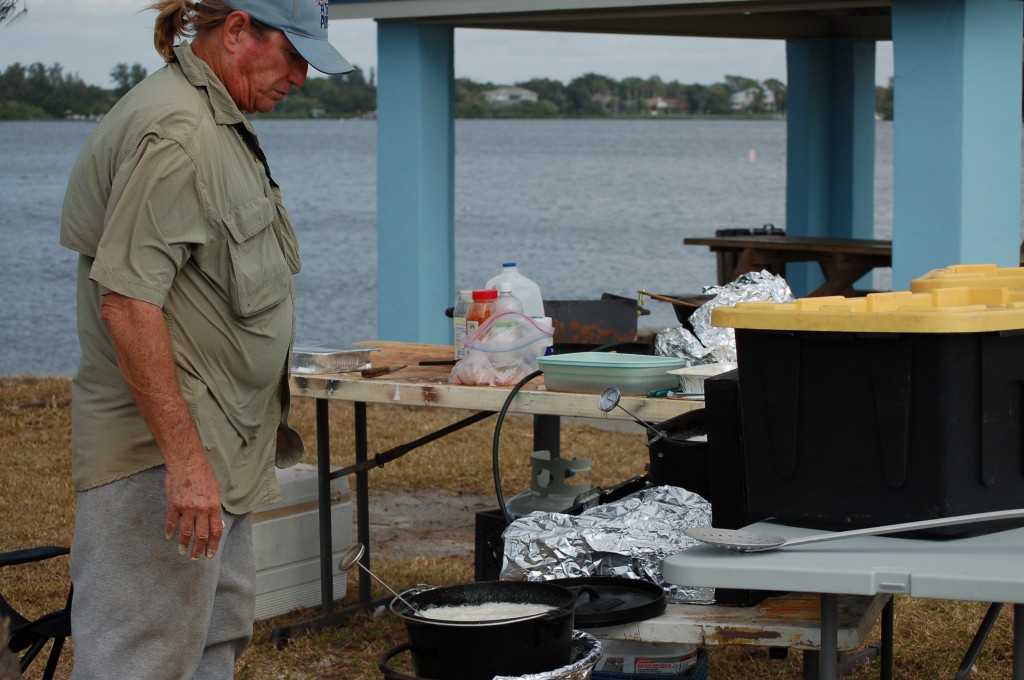 Let’s all give Mark a big round of applause!

Once again, thanks go out to Logic Lures. On what looked to be a very tough day to catch fish, the lures proved to be up to the task. There were so many fish caught that, even after everyone stuffed their bellies, bags of fish filets went home with many anglers. Our worry that we’d not have enough fish for the fish fry was proven to be wasted by the skill of the PFTS anglers and the quality of the lures from Logic Lures.

Our next event is February 15, 2014. We hope that everyone has a wonderful holiday season. Stay safe, enjoy time with your loved ones and mark your new 2014 calendar with the date! We’ve already put in our request with the weather Gods and we’re pretty sure you’ll like the choice of baits for the next one.

Thanks to all the sponsors and anglers! Looking forward to seeing everyone in February. 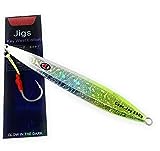 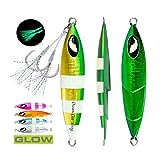 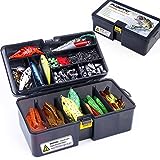 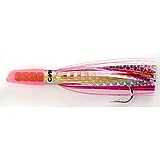