A common complaint that you’ll hear from newbies on fishing forums is basically, “Man, the tide charts for ___ were all wrong yesterday!” Every time I read one of these, I am reminded of Steve Gibson’s funny story about being an invited speaker at a fishing club. The members wanted to pick the best day to hold a tournament, so they pulled out their tide charts. Steve asked them what the tide chart showed for right now (“high”, they said), and invited them to look out the window at the dead-low bay beyond.

There’s an old engineering joke that the formula to compute the speed of a moving cow only applies to perfectly spherical cows in a vacuum. Unfortunately for you, the same thing applies to the formulae used to generate “tide charts”.

The important thing to remember about tide charts is this: they’re basically just a very specialized type of map. And, in that sense, the same rule applies to inshore kayakfishermen that grizzled old sergeants and grizzled old guides alike have tried to warn “cherries, newbies, tyros and nuggets” about for endless years:

Not knowing the difference between the map and the territory is what will get your butt kicked.

Bay tides are meteorologically driven. Unlike ocean tides — which are astronomically driven — bay tides are highly subject to wind forcing (and to other factors that affect both, such as barometric pressure). You can pull out your genuine-official-super-accurate modern tide chart that says the tide in a given bay (or a fractured archipelago, like Oz) should be at flood right now… and look out across a bay that is essentially one gigantic low-slack mudflat. OR vice-versa. All it takes is a fairly moderate amount of wind from the right quarter, and all that water (or lack of it) that you thought you’d be seeing is, in fact, somewhere else.

This confusion occurs because you can read, but the tide can’t. It can’t read a map, a clock, a “Cold Beer” sign or a tide chart. Your “map” is NOT (necessarily) the territory.

Something else for the recent paddlefishing convert to consider: If you’re planning on paddling back against a given wind, you’re not *necessarily* JUST fighting the wind. That “incoming tide” you’re counting on to help you may, in fact, be in the process of being windblown OUT.

And here’s another consideration: Given a morning high tide with an offshore wind and an evening low with an onshore wind, you could very well wind up fishing all day in water that isn’t moving much at all.

And as for the best tides to fish? My personal “bottom line” take on tides is just this: the best tide is a moving tide. Moving water doesn’t just move water. It moves pleuston, plankton, small nekton (mollusks, crustaceans and baitfish) and large nekton (predators) — and that makes everybody hungry. 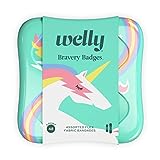 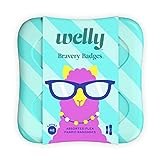