Stealth 101: Sniper-Grade Kayak Casting
or
Why The Marine Corps Will Not Let You Be A Sniper If You Have Tourette’s Syndrome

Casting. Mention it, and the first thing that pops into almost everybody’s head is accuracy. Skinnywater sniping or under-the-mangrove sidearming alike, the guy who can put it on the button has a distinct edge over the guys who don’t understand how you get to Carnegie Hall.

But there’s another dimension to casting from a kayak — one of those things that few seem to notice, let alone make a conscious effort to improve upon — that can up a kayakfisherman’s hookup rate significantly, and that’s your ability to make any cast without broadcasting the fact that it is a cast.

A sniper-grade sightfishing cast — or any cast aimed at a specific, narrowly-defined potential holding spot — is pretty useless without a sniper-grade approach. The true craftsman is preternaturally patient and dead silent, and exploits things like the sun angle, background contrast, outline breakup, Snell’s Window, crinkle light and a hundred other factors. He doesn’t merely consider them, he actively exploits them whenever possible. He rigs for silent running, sculls up with a small hand or canoe paddle, draws his bead, and……. and then blows it.

Oh, nothing dramatic. He makes perfect lure placement, but for some odd reason, his target (worst-case) spooks (even though the lure shouldn’t have been close enough to cause such a spook), or at the very least simply refuses the take. The would-be craftsman forgot the final piece in the puzzle of skinnywater sniping skills — he didn’t pay attention to where his cast was coming from.

Try a little experiment. Paddle into some nice, sheltered, glassy water, with enough casting room around you that you don’t have to worry where even your longest cast is actually going. Make a cast directly forward of your boat (within a few degrees of straight over the bow), but don’t pay any attention to where the lure is going. Pay total attention to what your kayak is doing to the water. Now reel in and do the same thing, but this time cast directly abeam (that’s straight off to the side for you Chief Brody’s out there). Yeah. The look on your face is going to be priceless when you actually watch that totally-unnatural-frequency mini-tsunami you just created.

Forget the surface “wave”. By the time that reaches the spot over your fish, he’ll already be in the next county. In the military sniper analogy, imagine a world where the target is already nervous, and the muzzle blast gets to the target well before the bullet.

Underwater sound waves propagate (travel) at about 1500 metres per second (five times faster than in air) and at a lower attenuation at a given distance (reduction in the strength of signal). In plain English, that little “whoosh” from your rodtip firing (or any other sound you make above water) travels through the air to the spot above your fish five times slower and five times less loud than the disturbance caused by your hull. It’s not the displacement of water, it’s the energy imparted to the water. The water didn’t make a hull slap on your hull, your hull made a slap on the water. (Actually, more of a shove.) This frequency is totally unnatural, and the amplitude is totally unnatural, and whether a fish understands what made it is irrelevant. Its very nature says danger to any aquatic organism whose prime directive is “Eat — but don’t get eaten.”

At the risk of belaboring the sniper analogy one more time, you just spent three days crawling up on your intended recipient, got a good weld, and just before squeeeeeezing the trigger, jumped up and yelled “I’VE GOT YOU NOW, JACK!!” at the top of your lungs. Take a good look at that comparatively teeny-tiny disturbance from an over-the-bow cast again. Try a few other angles. Try a snap, try a lob.

And then, the next time you’ve got tails to port or starboard, take that little extra second to quietly scull that stern around. then be The Button Man, capische?

Source:
“The Gradually-Accreting Compendium of Arcane Rigging Brain Seizures for
the Modern Kayakfisherman and Other Self-Propelled Aquatic Sociopaths”,
U. Phemism & N. DePlume, Journal of How Not to Move In with Davey Jones,
Vol. 1 No. 1, 1947, p. 328 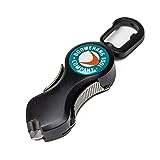 Campingandkayaking Made in The USA. Paddle/Rod/Gear Leash Now with Cinch Lock, 3 Black Leashes and 1 Carabiner. Built to Last. 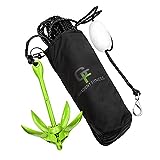 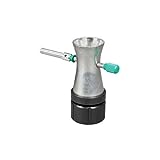